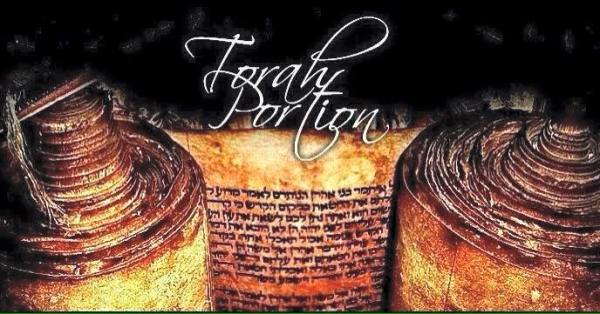 Parshas TZAV is taken up with sacrificial laws and rituals. For many people, it is easier to relate to narrative portions of the Torah or commandments that apply in our day than to those dealing with Temple sacrifices. It is now one thousand nine hundred and thirty-six years since sacrifices were offered to HaShem in the Temple in Jerusalem: the last time was in 68 C.E., before the Second Temple was destroyed. Many people would find it hard to conceive how the sacrificial system could actually be restored in practice in the foreseeable future, given the apparent geopolitical realities of today. Moreover, nothing could seemingly be more remote from the sensibility of contemporary Jews and Gentiles alike than the daily ritual slaughter of animals, sprinkling their blood and burning their fat and other parts with libations of flour, oil and wine on the Temple Altar. [Instead of accepting the Temple idea, a world unable to make peace watches the willful daily slaughter and injury of human “sacrifices”, the civilian and military victims of global war and terror. in the name of what?]

The same world that resents two daily lambs on G-d’s Altar in Jerusalem happily slaughters and consumes literally millions of oxen, sheep, and other living creatures every single day for its own enjoyment. While meat, fish, fruits, vegetables and other gifts of G-d’s bounty are consumed in homes, restaurants, bars and canteens throughout the inhabited world every day, how many pause for a moment before they eat in order to bless the Giver of that bounty? How many stop to thank G-d after eating and enjoying their food, before continuing with other activities?

The Temple Altar may be more understandable if we think of it as a MASHAL or metaphor for the actual table at which we ourselves eat every day, containing lessons about the attitude with which we should go about satisfying this vital natural function. The daily “diet” of animal, wheat, oil and wine offerings on the Temple Altar corresponds to man’s daily diet, be it of animal and grain products, fruits, and vegetables or any of the other foods and beverages that go onto his table and into his mouth.

Maybe the reason why some feel uncomfortable about the sacrificial ritual is precisely because it presents our existential situation so starkly in the form of the animal blood, fat and other offerings on the Altar. It is a fundamental law of creation that higher life forms consume lower forms of life in order to subsist. When a lower form of life is eaten and ingested by a higher form, the lower life-form is “elevated” in the sense of actually turning into the body and feeding the activities of the higher life-form. As humans, our blood and fat are made up of materials derived from other, lower levels of existence, mineral, vegetable and animal. Our physical life-functions come to “feed” and serve a higher life-form: the soul.

The Temple Altar and sacrificial system come to guide us to elevate our own blood, fat and energy to fuel the fire of the Service of G-d on the Altar of our own bodies. The Altar fire is a metaphor for the human soul, which indeed can only survive in the human body through a daily diet of “offerings”, the various foods that “keep body and soul together”. Our bodies “burn up” the various nutrients we take in, just as the Altar “consumes” the sacrifices.

The body requires tending in order to serve as an “altar” for the service of God, just as the Temple Altar had to be tended. Our parshah of TZAV opens with the Mitzvah of TERUMAS HADESHEN, tending the Altar each morning by removing the ashes, followed by stoking the fire with wood to keep it burning bright. This opening mitzvah of the day in the Temple — removal of the ashes of consumed sacrifices — may be compared to what is normally the first physical functioning in a person’s day: elimination of wastes to cleanse the body for the service of G-d.

Keeping the Altar fire stoked was the daily task of the priests. So each one of us has the task of keeping the “altar” of the body, the digestive system and the liver, properly stoked with the right nutrients in the right quantities. As priests of our own bodies, our aim must be to keep the fire of the soul burning brightly every day — as a “fire offering, a sweet savor for HaShem”.

Last week’s parshah of VAYIKRA introduced the subject of sacrifices by setting forth all of the different categories of sacrifices and the various animals, birds or produce that are to be brought in each case. The major part of our present parshah, TZAV, is a continuation of the subject of sacrifices. TZAV explains the specific procedures accompanying the actual offering of the each of the different kinds of sacrifices. The parshah begins with the daily procedure of removing the Altar ashes because this was the start of the Temple service each morning. Removal of the ashes and stoking the fire were preliminaries before slaughter of the daily TAMID (perpetual) sacrifice and burning of its parts on the Altar.

TZAV continues with the procedures accompanying the MINCHAH-flour offering, the CHATAS-Sin and ASHAM-Guilt offerings, the SHELAMIM-Peace Offering, and another specific kind of peace offering: the TODAH-Thanksgiving Offering for those who have been miraculously delivered from serious danger (illness, captivity, shipwreck or being lost in the wilderness).

Some sacrifices, such as the OLAH-Whole-burned offerings and certain other offerings, were “consumed” only on the Altar and were not permitted to be consumed by any humans. However, the priests had a share in eating Sin, Guilt and Minchah offerings, as well as the Peace and Thanksgiving offerings. In the case of the last two, the person who brings the offering also has a share in it together with his dear ones.

The fact that a priest can eat from a sin or guilt-offering and thereby accomplish atonement for the sinner is a wonder. So too is the eating of an animal to make peace between man and G-d. What distinguishes holy eating from animalistic eating for the sake of pure self-gratification is the motive of the person who is eating — his KAVANAH (= intention). Having the correct intention is a recurrent theme in our parshah. The priest has to have the correct intention at every stage in the sacrificial ritual.

So too, when we eat, everything depends on our intention. The parshah is teaching us to eat with the intention of stoking the Altar of G-d with nutrients that we can elevate to His service by using this energy for our prayers and our mitzvot day by day. The blessings we make before and after eating serve us to focus upon this intention.

Eating may serve as a means of celebrating, as in the case of the TODAH-Thanksgiving offering. The rabbis stated that in the future, this is the one kind of personal offering that will remain. (Since people will be cleansed of sin, there will be no more place for sin and guilt offerings.) May we be worthy of offering the THANKSGIVING PEACE-OFFERING in the rebuilt HOLY TEMPLE in order to celebrate the true end of war and the inauguration of genuine peace with the coming of MELECH HAMASHIACH very soon in our times. Amen.

BE A PART OF SOMETHING BIG