By Netzari Emunah in Parashas, Rosh Hashanah on September 24, 2014
No comments

Parshas Haazinu
Note: The Shabbos Torah Reading is divided into 7 sections. Each section is called an Aliya [literally: Go up] since for each Aliya, one person “goes up” to make a bracha [blessing] on the Torah Reading.

1st Aliya: Moshe begins by describing the presence of Hashem in nature as being as evident as the rain or dew that nourish the fields and gardens. G-d is entirely just, always good, always compassionate and forgiving. Therefore, all destruction and negativity must be ascribed directly to the ill fated decisions and actions of His children.

2nd Aliya: The Jew must always remember that he was chosen from among all other nations to be nurtured by the direct ministrations of the Creator. We were born in a “desolate, howling, wasteland” and protected till we were able to assume responsibility for our unique relationship with the Creator of heaven and earth.

3rd Aliya: Unfortunately, humankind’s tendency is to forget the degree of their dependency upon Hashem and to create the illusion of self sufficiency and independence. “Yeshurun thus became fat and rebelled…”

4th Aliya: We will then be punished with exile and persecution. Chased from our land and sold into slavery, the Chosen People will experience what it means to be independent of Hashem’s direct protection and benevolence.

5th Aliya: However, the other nations will fail in the very same manner that we did. They will assume that their ability to enslave the Chosen People and ravage Israel is proof of G-d’s impotence and their own prowess and strength. Therefore, they will be punished and destroyed and the Chosen People will again recognize Hashem’s primacy and control.

6th Aliya: Moshe’s song ends with the Jewish people singing forth their acceptance and understanding of divine purpose and justice.

7th Aliya: Moshe presents the entire “song” to the nation and reemphasizes that the condition for keeping the Land is adherence to Torah and serving Hashem.

This Shabbos is known as Shabbos Shuva – the Shabbos of Return because the Haftorah begins with the words, “Shuva (Return) Yisroel to G-d” Gleaned from both Hoshea and Yoel, the prophets describe G-d’s desire to forgive His children, if only they will repent. The fast of Yom Kippur is mentioned as well as the rewards awaiting us if we proclaim G-d in our midst.

The holiest day of the year is devoted to prayer and introspection. Although similar to Tisha B’Av as regards the restrictions against: eating, drinking, washing, using ointments, marital relations, and wearing leather shoes; the mood of Yom Kippur is totally different. Tisha B’Av is a sad day steeped in the memories of past tragedies and calamities. Yom Kippur is a solemn day, filled with the hope for forgiveness and the elation of a renewed relationship with both G-d and man.

Yom Kippur is the only biblically ordained fast day, and its origins began in the year 2248 after the Exodus from Mitzrayim. Following the breaking of the first Luchos, Moshe re-ascended Sinai in anticipation of the second Luchos. After 40 days and nights, during which the Bnai Yisroel immersed themselves in prayer and repentance for the sin of the Golden Calf, Moshe descended from Sinai on the 10th day of Tishrei bringing the 2nd Luchos and G-d’s love and forgiveness. Thereafter, the day of Yom Kippur has been designated, by the Torah, as the day on which G-d forgives his children for their yearly sins of “worshipping the Golden Calf”. Allow me to explain.

The sin of the Golden Calf captured the essence of why we sin. Following the extraordinary events leading up to Revelation, it is difficult to understand how that generation sinned so quickly and severely. In truth, our generation isn’t any different. Acceptance of a Creator who is intimately involved in directing every aspect of our personal, national, and universal destinies, carries the responsibility of listening to His commandments. To do any less is to deny the purpose that the Creator had in creating us and placing us in the setting of His universe.

Coming to terms with the awesomeness of G-d’s power and control is not easy. Often we do not understand the rules by which He governs and judges, and more often, we aren’t prepared to frame our lives by the restrictions of His demands. Instead, we either engage in the philosophical game of “is there a Creator who truly cares?” Or, we modify G-d in a form that we are more comfortable with, because we can then control the rules of the game. The Jews in the year 2448 knew that G-d existed, but didn’t understand the degree of G-d” love and concern. As a result, they were unwilling to invest in a relationship that demanded complete obedience. To make such an investment requires absolute trust that G-d will continue to care and provide, even if His trusted servant Moshe was no longer present.

Today, we too aren’t sure if we can trust G-d. If we could, it would be foolish not to listen to G-d’s rules and demands considering the promised rewards of health, wealth, and all good things. Instead, we create our own image of G-d, our own Golden Calf that reflects the lack of trust and obedience in our relationship with the Creator. Some may feel that they have good cause to question His trustworthiness, others may admit that they simply aren’t prepared to do what He demands. In either case, we are implored on Yom Kippur to forego our limited understanding, and through fasting and prayer rise above the physical limitations of our mortality to recognize the greater picture of G-d’s continued and trustworthy providence. The mere fact that we have survived the past 3,000 years as a nation is a far greater miraculous revelation of G-d’s presence than the Exodus or the giving of the Torah. Those were mere moments in history; the existence of the Jewish people is history it self. Yom Kippur should focus us on the need to trust G-d, and accept His continued involvement in our lives.

The entire Musaf service is devoted to what had taken place in the Bais Hamikdash. The Kohen Gadol performed the entire service in the hope of exacting forgiveness from G-d for the ongoing presence of the sin of the Golden Calf. He entered into the Holy of Holies to offer the nation’s total acceptance of G-d and His Torah and to beg for compassion and mercy. During that time he was prohibited from wearing his “golden vestments”, because they were reminiscent of the Golden Calf. The very creation of the Mishkan-Tabernacle was because of the Golden Calf. The Mishkan was actually a microcosm of the creation of heaven and earth which is why the 39 Melachot – acts of work prohibited on Shabbos, are derived from the work required to build the Mishkan. Just as G-d rested in Shabbos from creation, so too, we rest from doing the work of creating the Mishkan. On Yom Kippur, the quintessential Shabbos, all the elements of our intended relationship with G-d come together. The holiest man on the holiest day in the holiest place comes as a representative of the holiest people to express absolute trust in the Creator and in His purpose for creating the universe and us.

The final moments of Yom Kippur underscore this concept. After davening and fasting almost 24 hours, we are prepared to embrace the realities of a Creator who is intimately involved in all aspects of our lives. This is publicly expressed when we all proclaim the final words, “G-d is our G-d!” The seven-fold proclamation is our statement of absolute trust

View all posts by Netzari Emunah

© All rights to the Halachot published on this website are reserved by the author and their usage is prohibited without express permission from the author, as per Torah law. 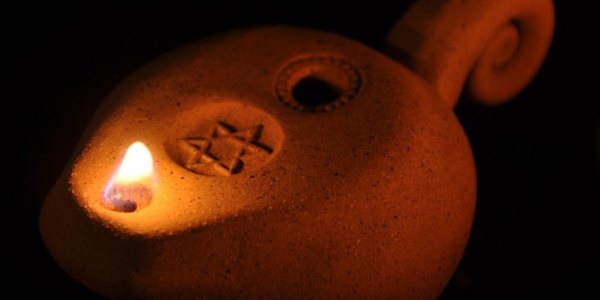